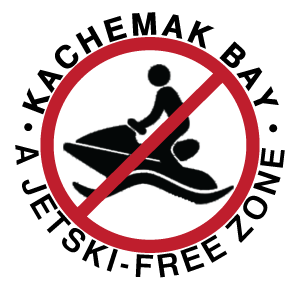 Maintain the current ban on jet skis in Kachemak Bay

We the undersigned oppose the proposed 2019-2020 changes to remove the prohibition on personal watercraft use in the Fox River Flats and the Kachemak Bay Critical Habitat Areas:

If you have the time, please also submit comments to the Alaska Department of Fish and Game by Jan. 21 2020.

Tell ADF&G why you don’t want the Personal Watercraft moratorium in Kachemak Bay lifted, and that you want an extension on the comment period.

Comments can be submitted to the Alaska Department of Fish and Game at:

The department will also accept comments by facsimile at 907-267-2499 and by electronic mail at rick.green@alaska.gov. Currently, comments must be received not later than 5 p.m. on Jan. 21, 2020.

Personal watercraft present the most gruesome safety record in boating. While they comprise less than 10 percent of all U.S. vessels, they're involved in 55 percent of all collisions. The American Medical Association reported: "The rate of emergency department-treated injuries related to (personal watercraft) is about 8.5 times higher than the rate of those from motorboats."

"What makes personal watercraft so ultra-dangerous is the fact that it will not steer when you suddenly have a surprise and let off the throttle." Unlike traditional boats, jet skis are rudderless. And when the throttle is off, a speeding jet ski is like a car on ice. It can't stop, and the driver has no control.

Read more on: SF Gate Hazards on the Water, The Case for Banning Jet Skis

Jet ski noise is different from that of motorboats. The heart of the difference, and the crux of the jet ski noise problem, is that jet skis continually leave the water. This magnifies their noise impact in two ways.

First, minus the muffling effect of the water, the jet ski engine’s exhaust is much louder, typically by 15 dBA. As a result, an airborne jet ski has the same noise impact on a listener at the water’s edge as an in-water jet ski 8 times closer, or the same as 32 identical in-water jet skis at the same distance.

Second, each time the jet ski re-enters the water, it smacks the surface with an explosive “whomp” — sometimes with a series of them.

Read more on: No Noise.org

A typical Jet Ski has an average top speed of 65 miles per hour. There is no possible way that any meaningful marine mammal protection enforcement could patrol the entire Kachemak Bay and protect our marine mammals from this new, high-speed user group.

Thank you! Your submission has been received!
Oops! Something went wrong while submitting the form.