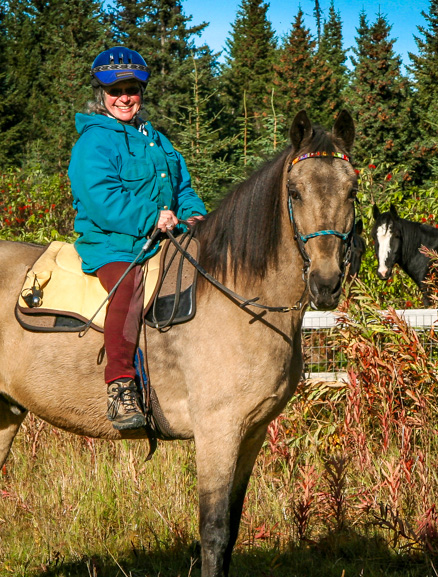 Roberta Highland, president and long time Board Member is now serving on the Issues and Comment Committee with Penelope Haas. Roberta was presented with the prestigious Celia Hunter Award for Outstanding Volunteer Contributions in 2013. She has been involved in conservation since 1986. Roberta has served on many boards since then — the longest being The Kachemak Bay Conservation Society. Roberta has worked on signiﬁcant issues that have required statewide coordination for success. These include the creation of the Fritz Creek Anchor River Critical Habitat Area, for which she received an award from the Governor for her efforts, and the Kachemak Bay State Park buyback. She served as the Director of Home Health for seven years after she and an associate lobbied to bring a home health department to South Peninsula Hospital. Her involvement in local campaigns helped instigate a jet ski ban in Kachemak Bay, halt coal bed methane development, temporarily shut down the Drift River oil terminal, and purchase property for the local ski trail system in Homer. Roberta is civically engaged through her seats on the Homer Advisory Planning Commission and the South Peninsula Hospital Service Area Board. She serves as President of the Kachemak Bay Equestrian Association. Roberta weighs in regularly on issues being discussed on local radio including KBBI’s Coffee Table or the statewide Talk of Alaska. Her guiding principles embrace the Four E's: Environment, Economy, Energy, and Ethics. Using this approach, inspired by former Governor Jay Hammond, she strives to elevate important conservation issues and influence decision makers. “We are all in this together.” Roberta said, “So be respectful and nice to all-including those who disagree with us. . . I find that a sense of humor and talking about the weather is a good icebreaker, especially in Alaska. . . I make it a point to frequently talk to the 'other side,' if you will, because it does little good to just talk to each other.” Her humor and optimism shine through all of her work. She believes we can all be a force for the change we want to see in the world. Her indomitable spirit is nourished by the belief that everything is connected and that protecting the earth and the life it sustains is the worthiest of causes. 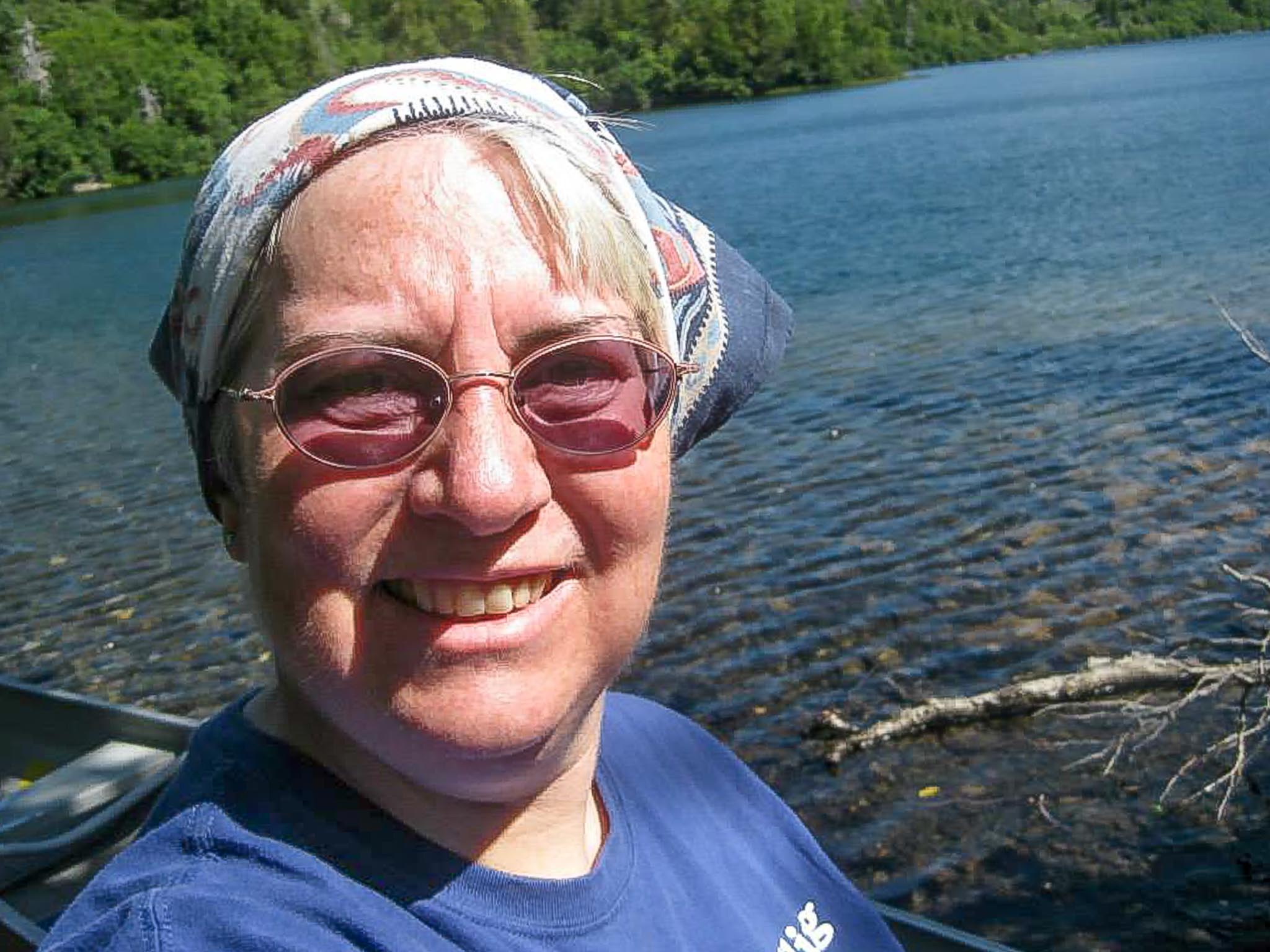 Martie replaces Linda Gorman as treasurer with an appointment to the board in March, 2016. As a resident of Homer since 1984, Martie has been involved in many civic and environmental endeavors through teaching and 4-H. She taught at The Learning Place, a parent’s cooperative educational venture prior to starting Smoky Bay School which operated from 1986 to 2006. Through the school, Martie worked with children from grades one through twelve on academics as well as stewardship of the earth through many science projects and wilderness education programs. Other endeavors include playing with the Kenai Peninsula Orchestra, Inlet Winds Band, and the Krohn Family Band; activities with Pier One Theatre, and stage management for Dance Theatre North. In 2014, Martie was named Woman of Distinction by Haven House. Martie brings an extensive background in accounting to the position of treasurer through self-employment, working as a bookkeeper for Kachemak Port Services and serving as treasurer for the Kenai Peninsula Fair Board between stints as president. 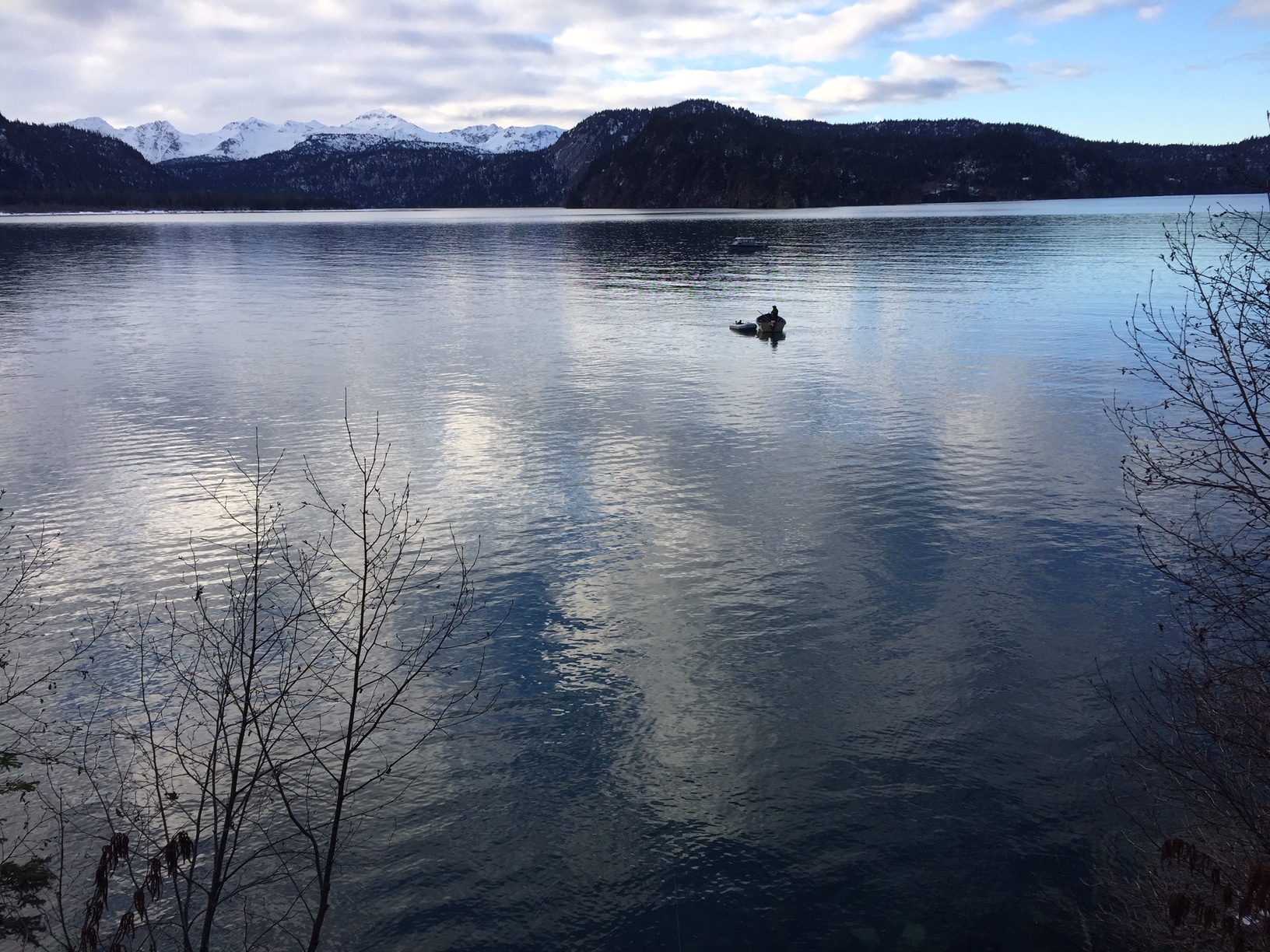 Penelope Haas has worked in Alaska's commercial salmon fisheries as a deckhand in the Prince William Sound and Bristol Bay and as a technician for ADF&G in Prince William Sound, Haines, and on the Alaska Peninsula. She has also participated in research with ADF&G and the Prince William Sound Science Center, collecting data on straying of hatchery salmon and genetic impacts of hatchery pink salmon to wild stocks. She currently lives a seasonal life researching wolves for the Yellowstone Wolf Project, collecting birch sap for Bridge Creek Birch Syrup, hanging gillnets for Bristol Bay, fishing the Bay, trying to spend most of the fall hunting and camping; winter is for skiing and ice fishing. She believes a strong economy and community need conservation-based management; that good management needs good data, and good data takes money. Her work with KBCS is focused on local conservation issues, including local climate change education and promotion of alternative energy solutions; good planning and management of Kenai Peninsula, Kachemak Bay and Cook Inlet to ensure protection of fish, wildlife and their habitat. 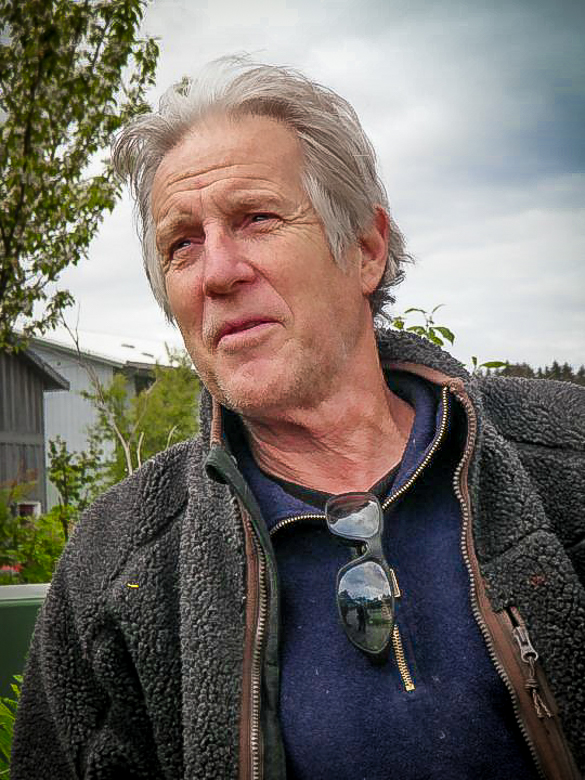 Jim is president of the Kenai Peninsula Fair Board, a member of the Homer Little League Board and is the producer of Salmonfest. Prior to moving to Alaska 7 years ago, Jim was involved in producing many fundraisers and brought his restaurant and catering experience to Hurricane Katrina and, with a revolving team, served 75,000 meals to evacuees over 2 months. He was also a founding member and leader of Friends of the River in California, founding member and board president of the Central Sierra Watershed Coalition, and past board president of the Mother Lode Women’s Center. 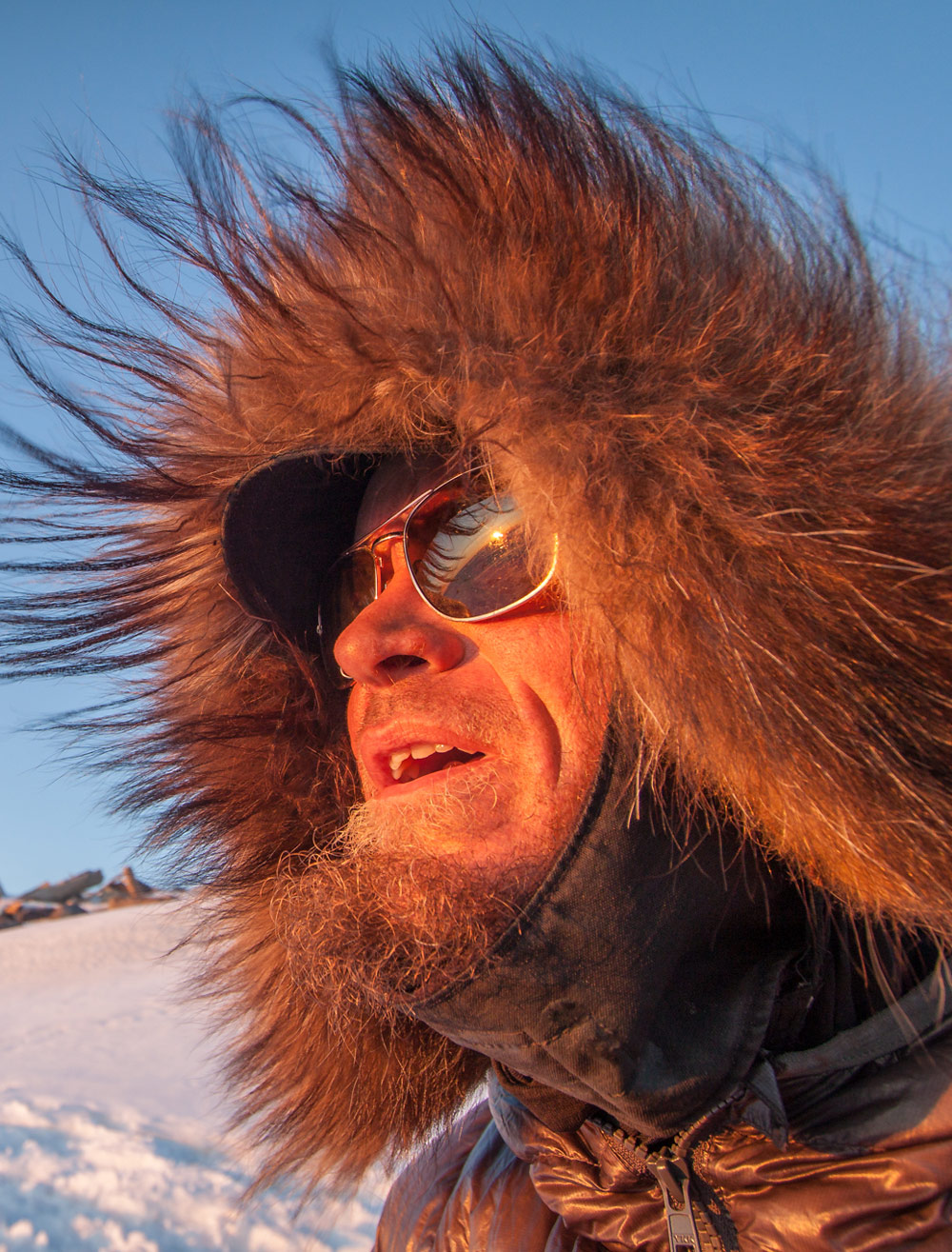 Bjørn Olson is a life-long Alaskan, adventurer, photographer, videographer and storyteller. Bjørn attempts to educate and advocate for leaving Alaska better than when he came into it — a task more formidable than climbing Denali, kayaking to Kodiak or cycling a 1,100-mile snow trail above the Arctic Circle.

Madeline Lee is currently pursuing environmental advocacy with her role at Kachemak Geospatial, a Homer-based firm using cartographic story-telling and geospatial support for environmental monitoring and research. Maddy has had her most formative experiences in Homer, Alaska where she discovered a sense of peace and serenity among the mountains of Kachemak Bay. Starting her backpacking career with HoWL Alaska, she got lost in the sauce while rock climbing Kachemak Crack and berry picking on Grace Ridge with Alaskan youth. She later received the Colorado College Ritt Kellogg Memorial Fund to traverse 7 mountain passes with two of her wild gal pals in Wrangell-St. Elias National Park. She has worked seasonally at Cook Inletkeeper monitoring stream temperatures and at Homer ADF&G monitoring Anchor, Deep Creek and Ninilchik rivers' Chinook salmon runs and eastern Cook Inlet razor clams. As a KBCS board member, Maddy will educate her community on the urgency of climate change and empower people to take action now. 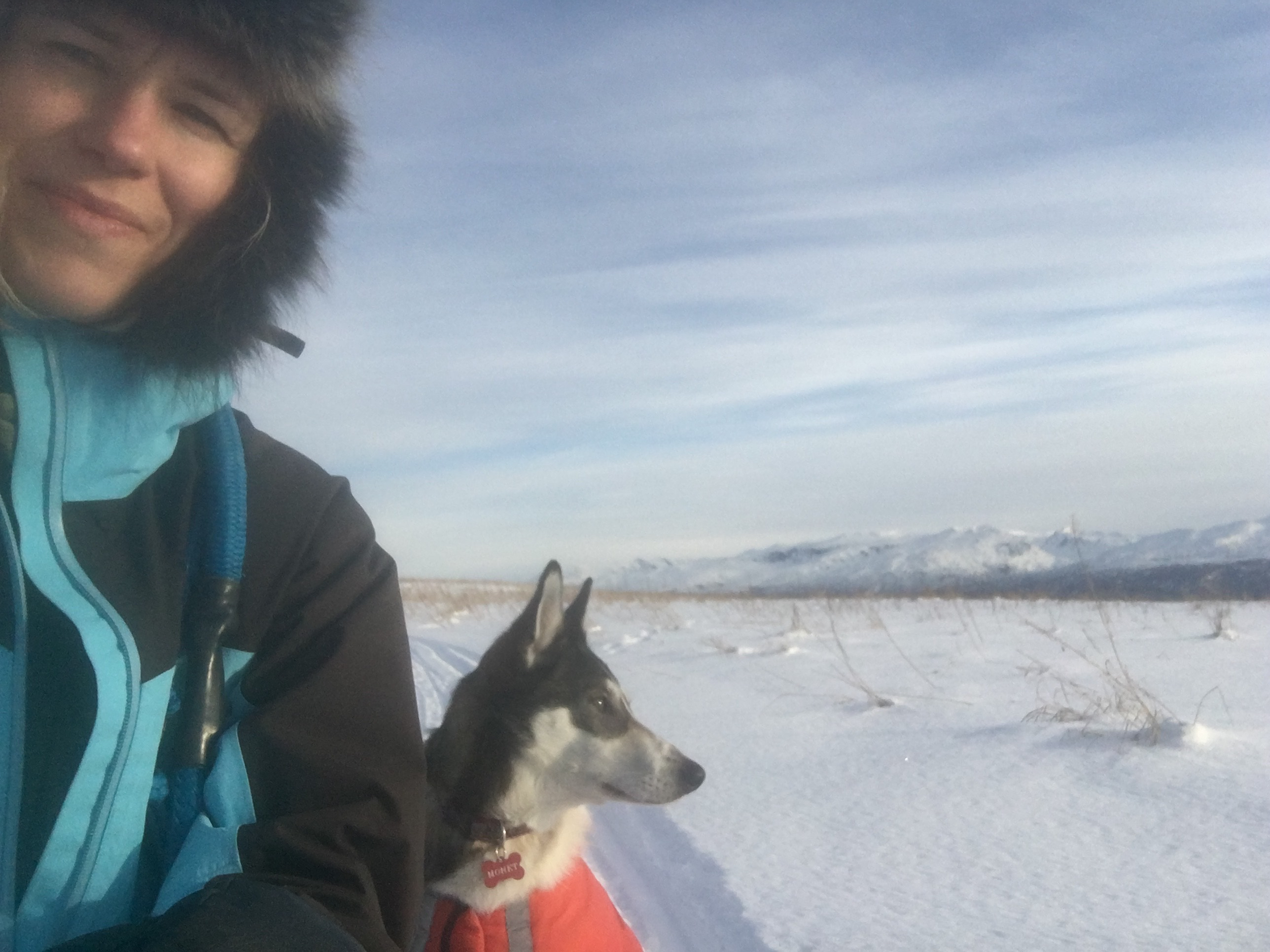 Originally from a small farm in northern Sweden, Anna came to Alaska 16 years ago as an exchange student to UAF. After nine years as a Fairbanks research faculty studying the flow and storage of water at the watershed-scale and it’s linkages to climate, permafrost, and glaciers, she’s now ready to go beyond identifying evidence of climate change to also do something about it. Come March 2020, Anna will work remotely from Homer for Woods Hole Research Center, whose vision is ”a world where everyone understands how climate change is affecting the planet and takes urgent action to safeguard the future of the earth”. She sees her time on the KBCS board as an opportunity to bridge her academic world with the inspiring community of Homer to safeguard the future of K-Bay and beyond. 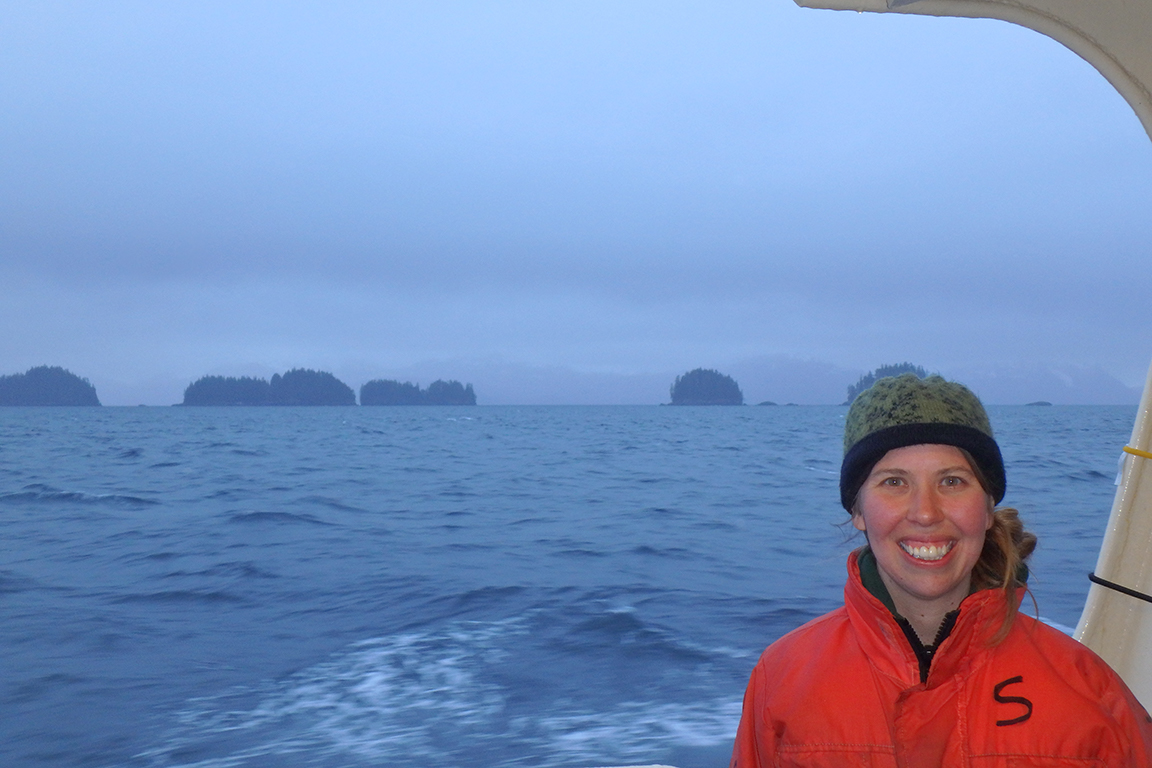 Katie Aspen Gavenus grew up in Homer, Alaska. She is an environmental educator and program director for the Center for Alaskan Coastal Studies. Other work over the years has included leading wilderness trips, deckhanding on a salmon tender in Cook Inlet, and an oral history/peer-to-peer interview project with young people affected by the Exxon Valdez Oil Spill (southcentral AK) and BP/Deepwater Horizon Oil Spill (Gulf of Mexico). She recently completed a master's program in science education through IslandWood and the University of Washington and is committed to transforming science education - and education more broadly - to be locally relevant, culturally sustaining, meaningful, and inspiring. She believes education, science, and conservation should all be collaborative efforts. She enjoys learning, hiking, picking berries, catching salmon, playing soccer, growing food and tide pooling. Her partner, Nathan, and his daughter, Johanna, live in Poulsbo, WA so Katie now splits her time between two incredible, dynamic, coastal communities. She makes good soup and loves tomatoes ripe from the garden. Her favorite type of plankton is ctenophores/comb jellies and she has a tiny scar from being bitten by an intertidal worm.